We realized today that Lawrence's flag stamp had somehow fallen off the website. Here's the story:

Manning’s image was selected through a rigorous process by the Postal Service, following the Sept. 11 attacks on New York’s World Trade Center and the Pentagon.  The Post Office plans to print almost seven billion of the “United We Stand” stamps.

“I made the photograph four years ago as I produced a series of images of powerful symbols,” says Manning.  “I am elated, proud, and humbled that my work has been chosen to serve as a national icon that will be seen by millions of people, in the U.S. and abroad.”

Manning, a professional photographer who resides in Hermosa Beach, CA [now Nampa, Idaho], began taking photographs while serving as a U.S. Peace Corps Volunteer in Africa in the 1970s. His images have appeared in publications including the National Geographic Society, and have been used by the World Bank, TRW Inc., the Walt Disney Company, and Federal Express, among others. Examples of his work can be viewed at www.hillstreetstudios.com

This stamp was only in use until the next postal rate increase. It was an exciting thing to have happened to us!

We still have postcards with this image on one side and a first-day cancellation of an actual stamp on the other side. Are you interested in having one? Let us know. 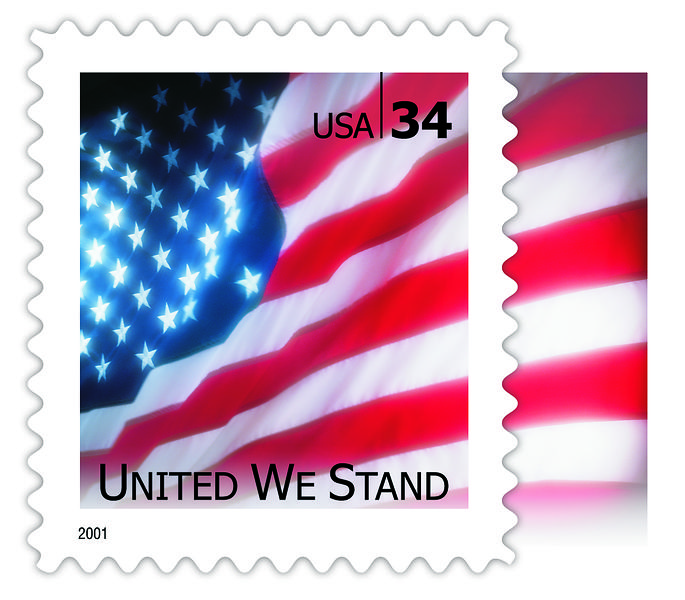